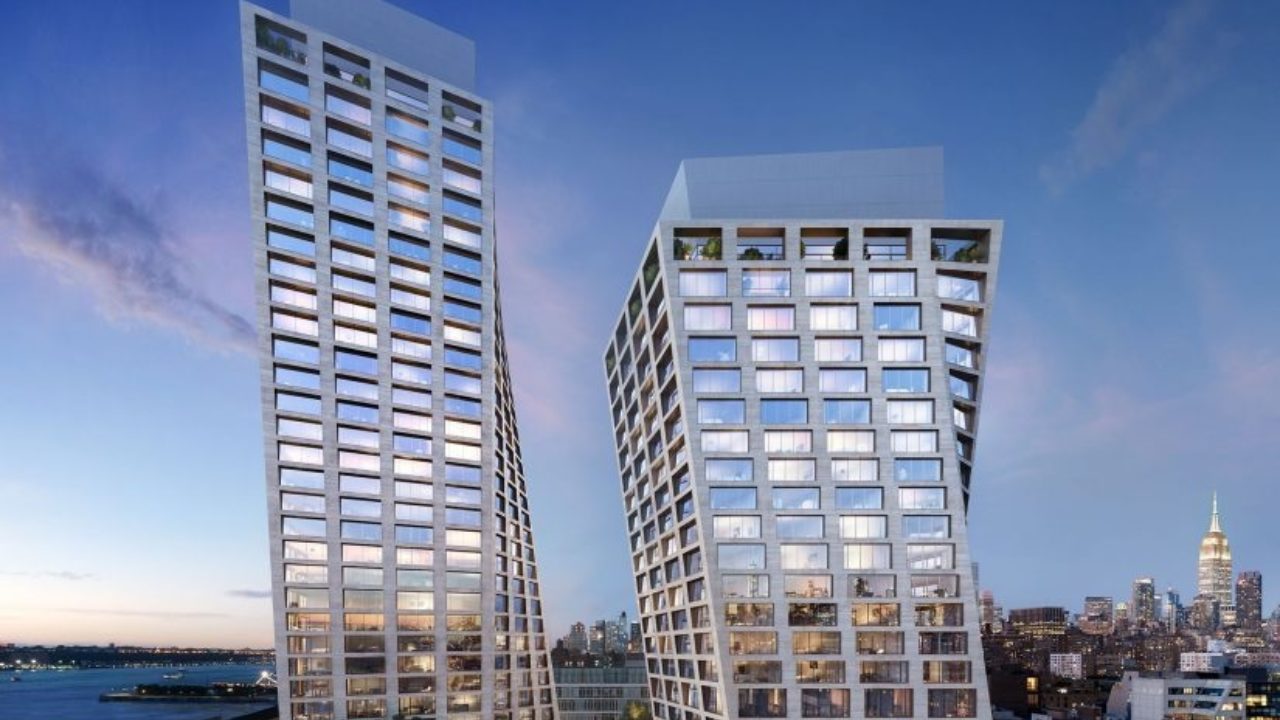 The XI’s Exterior Continues To Take Shape In Chelsea

Curtain wall installation is shaping up on The XI, a twisting pair of 36- and 26-story residential structures at 76 Eleventh Avenue in Chelsea. Designed by Danish architect Bjarke Ingels of Bjarke Ingels Group and developed by HFZ Capital Group, the 908,250-square-foot complex stands on the western side of the High Line along the Hudson River waterfront. The mixed-use property will yield 236 condominiums and a 137-room Six Senses Hotel Resort Spa, which will be the first location in the United States. Omnibuild is in charge of the construction and Douglas Elliman is handling sales and marketing.

Recent photos show the steady progress on the framing that will hold up each of the travertine panels. They are being installed in the interstitial spaces between the grid of large rectangular windows, most of which are already installed.

The mechanical extensions atop both reinforced concrete edifices will be covered with some form of opaque metal paneling, as we’ve seen in previous renderings.

The planned retail frontage facing Tenth Avenue will be directly underneath the High Line. A public landscaped plaza will sit behind the green construction fence seen in the photograph below.

A closer look at the exterior shows the intricate assembly of the envelope.

The podium and lower levels have a separate and more simplified exterior enclosure that is nearly complete. Also underway is the entrance on the southern side, which features a bridge over the motorway.

Among the 236 homes will be 87 units designed by Gilles & Boissier, while 149 residences will be fitted with interiors by Gabellini Sheppard. Prices range from $2,575,000 to $14,500,000. The XI makes a profound impact on the Chelsea waterfront along with other neighboring structures from famous architects such as Norman Foster, Frank Gehry, and Jean Nouvel.