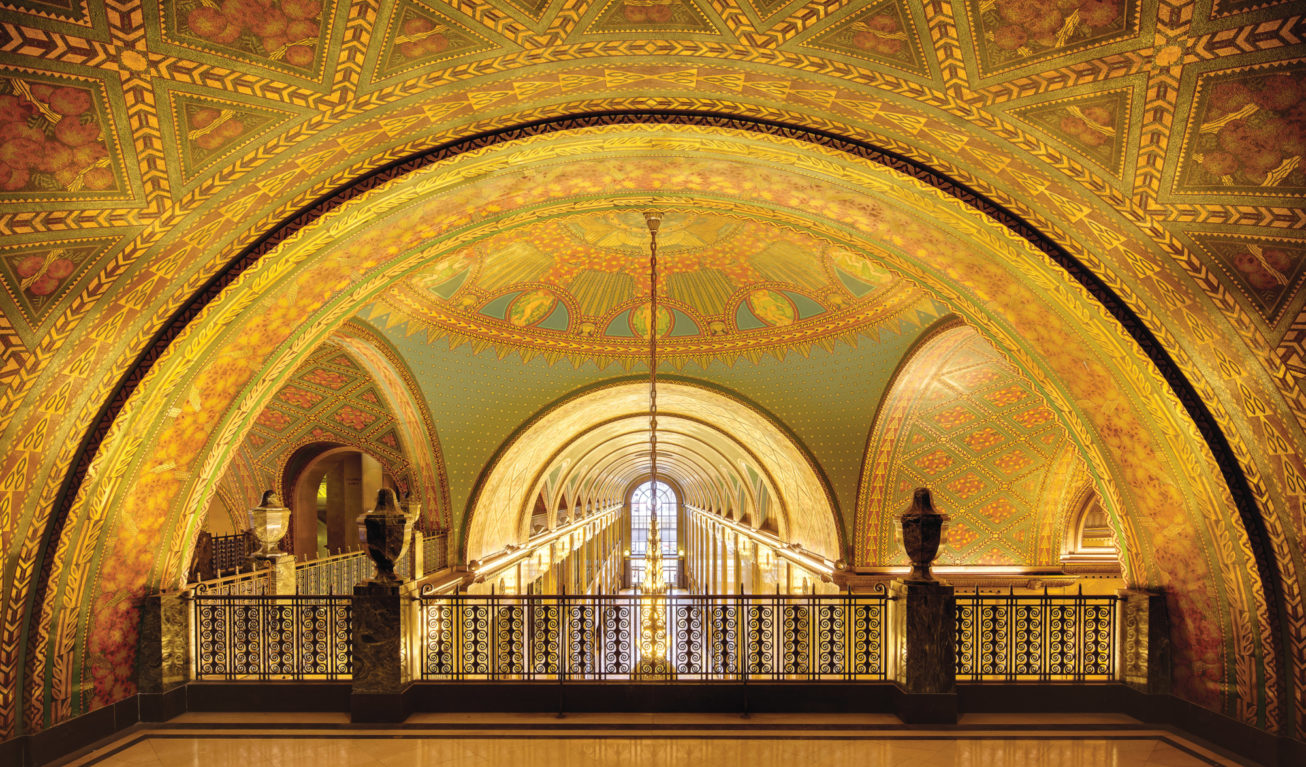 Unofficially donned “Detroit’s Largest Art Object,” the Fisher Building has been a landmark skyscraper, and the anchor property for the New Center area of Detroit. Built in 1928 by the famed Detroit based Albert Kahn Associates for the Fisher Brothers, this Art Deco gem was constructed using limestone, granite, and 40 types of marble from around the world. The building was financed using proceeds from the Fisher Body Company sale to General Motors.

Designated as a National Historic Landmark in 1989, the building is home to the Fisher Theatre, one of Detroit’s oldest live theatre venues. The Fisher is adorned with marble, Indian rosewood and walnut paneling, as well as crystal and bronze decorative work. With over 2,000 seats, the Fisher Theatre is one of only two venues in Detroit that hosts “Broadway in Detroit” shows.

Constructed in 1931, the Albert Kahn building was designed to echo the magnificence of the Fisher Building. The granite and blue cladding, decorative metal grille over the main entrance, and the projecting medallions above the third floor windows created a visual link to the Fisher Building without overshadowing its grandeur. The Albert Kahn Building was built in the architectural style that Kahn termed “Modern American” which led to a visual simplification and structural expression in skyscraper design throughout the world.

HFZ acquired the buildings in July of 2015, in partnership with Detroit-based REDICO. The Ownership group plans to re-develop the properties into Class A space, with a potential mix of uses including residential, hotel, and retail.