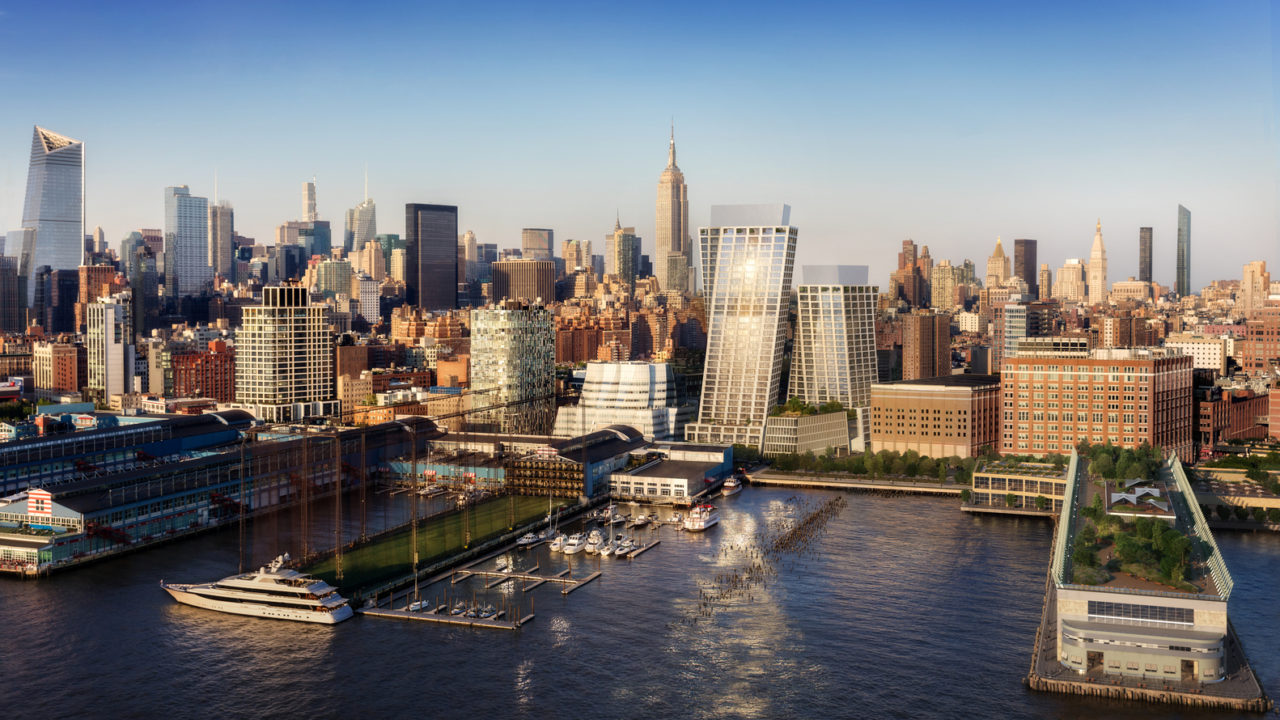 One square block, nestled between the Hudson and the High Line. Two icons, stretching skyward. A most extraordinary collaboration and meeting of the world’s most visionary minds led by Bjarke Ingels, gives rise to a new pinnacle of achievement.

One square block, nestled between the Hudson and the High Line. Two icons, stretching skyward. A most extraordinary collaboration and meeting of the world’s most visionary minds led by Bjarke Ingels, gives rise to a new pinnacle of achievement.

The vision for such a project, situated in the absolute nucleus of the art world, could only be shared through the lens of an artist. Es Devlin, internationally sought-after for her ability to turn stories into spaces and spaces into stories, conceived the XI Gallery – a series of multi-sensory encounters in response to the architecture and philosophy of the XI.

Es Devlin is a world-renowned artist who creates kinetic sculptures in opera, dance, theatre, fashion, music as well as solo work. Her work has featured at the National Theatre, the Royal Opera House, La Scala, The Serpentine Galleries and the V&A London. She is well known for collaborations with Beyoncé, Kanye West, Adele, U2, The Weeknd, Louis Vuittton as well as the London Olympic Closing Ceremony. Her recent solo work includes: The Singing Tree at the V&A 2017/18, ROOM 2022 at Art Basel Miami 2017,PoemPortraits at the Serpentine Gallery 2017 and Magicbox in the permanent collection at the V&A.

Es has been awarded the 2017 London Design Medal, three Olivier Awards, Wall Street Journal Innovation Award 2016 as well as the OBE. Her work is the subject of the Netflix documentary Abstract: The Art of Design.

A series of three new works by ES DEVLIN in response to the XI:

A map of part of Manhattan is extruded within a thirty-three-foot-wide concave elliptical hemisphere. The semi-ovoid terminates in a horizontal plane of mirror presenting the illusion of completion in reflection. The city is at once recognizable and abstracted into an organic symmetrical form: a mysterious oyster or brain within an elliptical shell. Each facet of the sculpted surface forms the canvas for projection that treats the city as a shape shifting organism, composed of infinite stories. A hand meets a world: thought extrudes into form: Manhattan is mirrored: architecture shows the city to itself.

Fascinated by the series of sketches and massing studies that Bjarke Ingels made en route to the final design for the XI, Devlin extrudes the sketches and studies into a mirrored 360-degree film strip—a haiku documentary tracing layers of thought, stone, bronze, glass and water.

Eschewing the idea of a traditional building tour, in which the physical precedes the philosophy, here the viewer is physically surrounded by the source of the architectural thought.

Bjarke Ingels’ graceful towers arc around one another like a pair of dancers, whose heads follow the views of the river as they turn, transforming the static into the shifting; the manmade into the organic. The dance between the two buildings is expressed here through perpetual motion, an ever-rotating liquid reflection which echoes the constant evolution of the views from within of the shimmering Hudson beyond.

The gallery is located at 25 Little West 12th Street and will open May 14 with public gallery hours. To learn more, visit www.thexi.com.